The Calgary Consols reverted to their old name Calgary Tigers.

The Vancouver, Portland, and Seattle teams formed the nucleus of the Pacific Coast Hockey League next season. 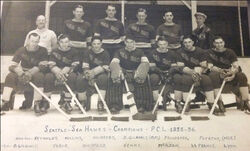 Seattle Seahawks
Add a photo to this gallery 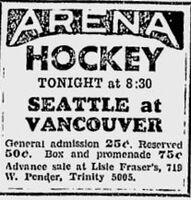 Vancouver
Add a photo to this gallery
Retrieved from "https://icehockey.fandom.com/wiki/1935-36_NWHL_Season?oldid=454767"
Community content is available under CC-BY-SA unless otherwise noted.