This was the 1935-36 season of the Montreal Senior Group:

McGill University played two four-point games against every other team except the Ottawa Senators.

Two members of the Lafontaine Bleus team in uniform.
Add a photo to this gallery 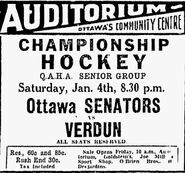 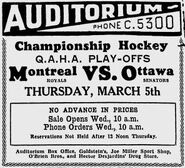 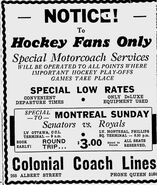 Bus trip from Ottawa to Montreal for a semi final game.
Add a photo to this gallery

Retrieved from "https://icehockey.fandom.com/wiki/1935-36_MSG?oldid=608809"
Community content is available under CC-BY-SA unless otherwise noted.