This is the 1935-36 Manitoba Junior Hockey League Season.

Forword
The MJHL was run and controlled by the Manitoba Amateur Hockey Association.
Realistically, the League was actually two leagues under one umbrella.

The Charlie Gardiner Memorial Series was a preseason series of games involving the Winnipeg based teams. The winner received the Charlie Gardiner Memorial Trophy. The trophy was the idea of the University of Manitoba Student's Union, who started a fund to establish. Charlie Gardiner, born in Scotland but raised in Winnipeg, was considered the greatest goalie of his era. In 1934 after leading the Chicago Black Hawks to their first Stanley Cup, Gardiner died of a brain hemorrhage at the age of only 29. The Winnipeg Monarchs were the 1935 winners.

After the shocking death of Winnipeg Rangers player Jack Brown in February, The Division honored him by giving the Division Champions the Jack Brown Memorial Trophy. 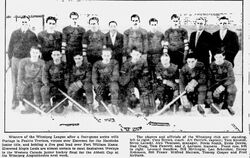 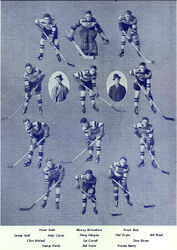 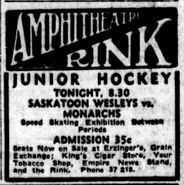 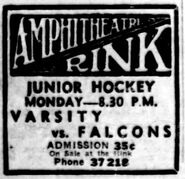 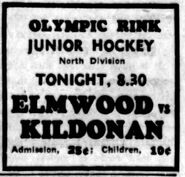 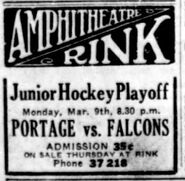 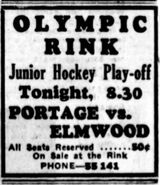 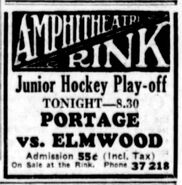 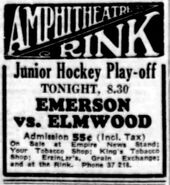 Provincial Final @ Winnipeg
Add a photo to this gallery
Retrieved from "https://icehockey.fandom.com/wiki/1935-36_MJHL_Season?oldid=462232"
Community content is available under CC-BY-SA unless otherwise noted.