This is the 1935-36 Intermediate Intercollegiate Series. The only remaining Ontario team was Royal Military College, so they moved from the Central Section to the Eastern Section.

Note: RMC had one four-point game against each of Loyola and Bishop's. 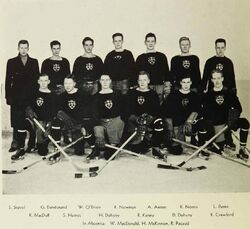 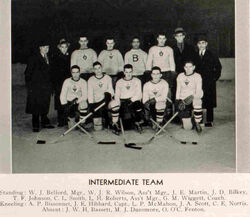 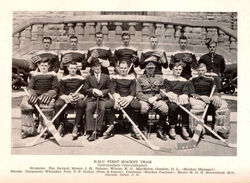 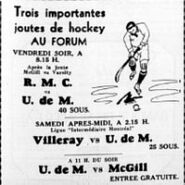 University of Montreal
Add a photo to this gallery

Retrieved from "https://icehockey.fandom.com/wiki/1935-36_Intermediate_Intercollegiate?oldid=471644"
Community content is available under CC-BY-SA unless otherwise noted.