This was the 1934-35 season of the Montreal City & District League:

Note:This was McGill's second team. Both McGill and the University of Montreal also played in the 1934-35 Intermediate Intercollegiate season. 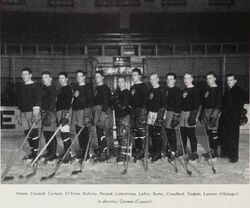 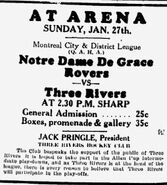 Final @ Trois Rivieres
Add a photo to this gallery

Retrieved from "https://icehockey.fandom.com/wiki/1934-35_MCDL?oldid=401201"
Community content is available under CC-BY-SA unless otherwise noted.