This is the 1933-34 season of the Ontario Hockey Association's Junior A series:

For the first and only time, a series was played between the A & B winners for the championship and entry into the Memorial Cup playoffs.

Each team played two two-point games against Oshawa and one four-point game against each of the other teams of Group 7.

Oshawa played two games and the other teams played one four-point game against each of the Group 6 teams.

Note: This series was originally supposed to have been two games total goals. It was shortened to sudden death because of the obvious absurdity of two teams from the same school playing against each other. 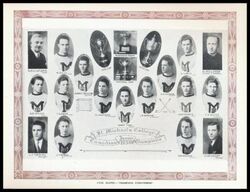 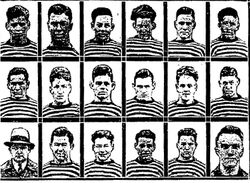 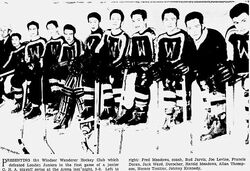 Windsor Wanderers
Add a photo to this gallery 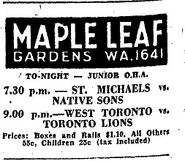 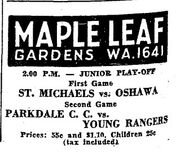 Junior A-B Final @ Toronto
Add a photo to this gallery

Retrieved from "https://icehockey.fandom.com/wiki/1933-34_OHA_Junior_A_Season?oldid=459016"
Community content is available under CC-BY-SA unless otherwise noted.