This is the 1933-34 Manitoba Junior Hockey League Season.

Forword
The MJHL was run & controlled by the Manitoba Amateur Hockey Association.
Realistically, the League was actually two leagues under one umbrella.

With suspensions of Bryan Hextall of Portage and Allan Lindstrom of Kenora, both founded to be overage, the MAHA expanded the playoffs. Normally only the top 2 playoff, this year all teams were involved. Hextall and Lindstrom, along with a third player Ben Federowich of the Falcons, were suspended one year for tampered birth certificates. Federowich’s was used the previous season in Juvenile, he was still eligible to play junior. 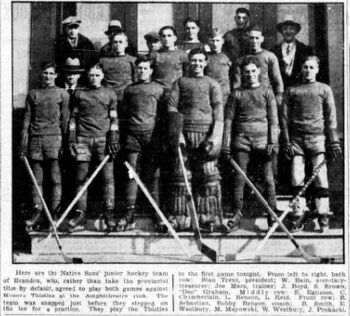 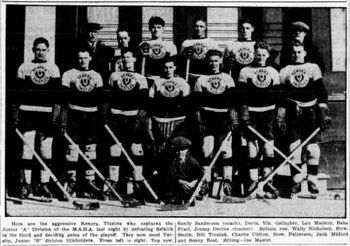 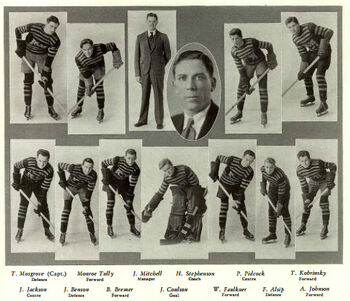 Provincial Final @ Winnipeg
Add a photo to this gallery
Retrieved from "https://icehockey.fandom.com/wiki/1933-34_MJHL_Season?oldid=625587"
Community content is available under CC-BY-SA unless otherwise noted.