This is the 1931-32 season of the Ontario Hockey Association's Junior series:

The weather was very mild in January which caused many games to be cancelled. In Group 11 no games at all were played. There were artificial ice rinks in only 13 Ontario cities - Kingston, Belleville, Oshawa, Hamilton, Grimsby, Niagara Falls, Port Colborne, Galt, Kitchener, Stratford, London, Chatham, Windsor, and Toronto.

Due to the mild weather no games could be played in the group. Port Hope & Cobourg withdrew. The other two teams hung on and played a final.

The mild weather caused some games to be cancelled. The following games only were played:

The season was then suspended.

Statistics unavailable. Probably no games were played in this group

The mild weather caused all the games to be cancelled. Milton & Oakville dropped out without playing a game. The two remaining teams played a final series.

The entire schedule was washed out by the mild weather. The teams disbanded and no representative was sent to the provincial playoffs.

Fergus withdrew before the season started.

Note: Many of the ties were actually cancelled games. The season was very warm and some of the rinks used natural ice.

Note: This team was known as the Artificial Ice Group beacause all its rinks had artificial ice.

Stayner beat North Toronto 4 goals to 1 but was disqualified due to an ineligible player. 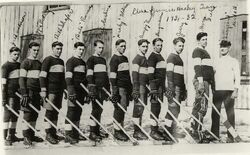 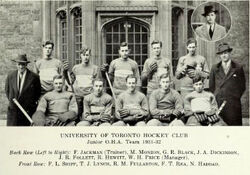 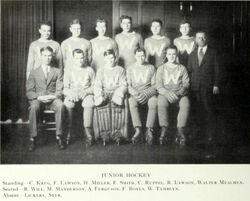 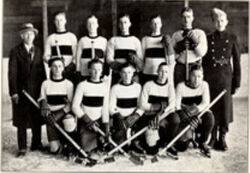 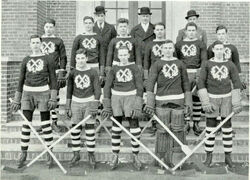 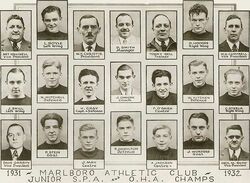 @ Toronto. The first game was in Group 7. The others were in Group 5. 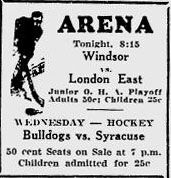