This is the 1931-32 season of the Ottawa City Senior League:

December ad for the league. 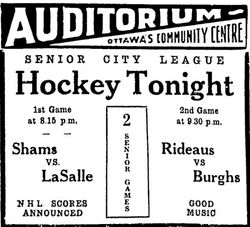 January ad for the league. 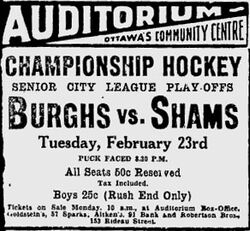 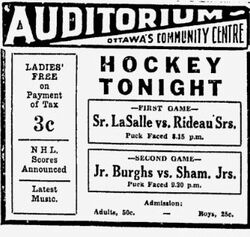 Senior-Junior Doubleheader
Add a photo to this gallery

Retrieved from "https://icehockey.fandom.com/wiki/1931-32_OCSL?oldid=609636"
Community content is available under CC-BY-SA unless otherwise noted.