Forword
The WJrHL was run and controlled by the Manitoba Amateur Hockey Association. 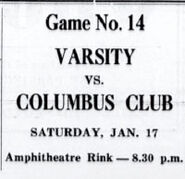 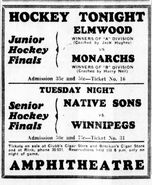 Provincial Final @ Winnipeg
Add a photo to this gallery

Retrieved from "https://icehockey.fandom.com/wiki/1930-31_MJHL_Season?oldid=508582"
Community content is available under CC-BY-SA unless otherwise noted.