Note: There was a Northern League this year (see below). This league's standings and playoffs had no bearing on the provincial playoffs.

This league played in January & February before the provincial playoffs. Saskatoon was registered as a senior team and entered the senior playoffs above. Biggar and North Battleford were intermediate teams and played in that level's playoffs, also above. Lloydminster entered the 1929-30 Alberta Senior Playoffs. 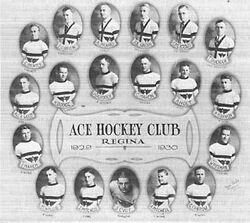 Saskatoon Quakers
Add a photo to this gallery 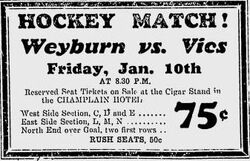 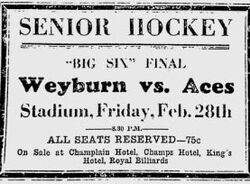 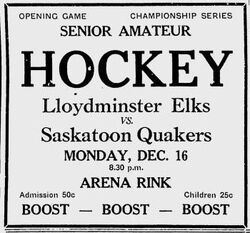 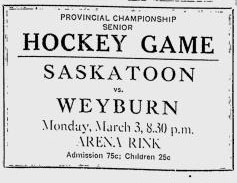 Provincial Final @ Saskatoon
Add a photo to this gallery

Retrieved from "https://icehockey.fandom.com/wiki/1929-30_Saskatchewan_Senior_Playoffs?oldid=597100"
Community content is available under CC-BY-SA unless otherwise noted.