It was the only senior league in Quebec.

All games were played as part of doubleheaders. They were held on Monday nights at the Montreal Forum.

To bridge the gap until the 1928-29 Quebec Intermediate Playoffs were over, two more games were organized. They featured the champion Victorias against an all-star team from the other league clubs: 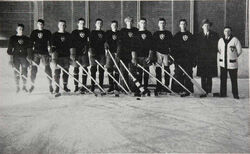 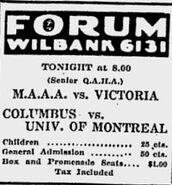 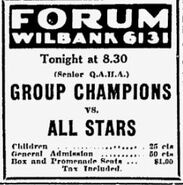 All Star Game
Add a photo to this gallery

Retrieved from "https://icehockey.fandom.com/wiki/1928-29_MSG?oldid=608802"
Community content is available under CC-BY-SA unless otherwise noted.