This is the 1928-29 Intermediate Intercollegiate Series. There were the same 11 teams as from 1927-28. This season the University of Montreal did not enter the CIAU. 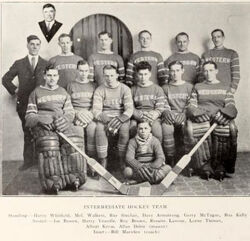 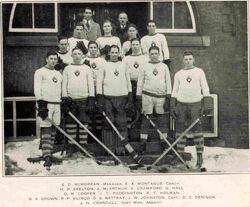 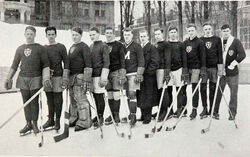 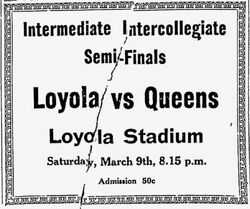 Semi Final @ Montreal
Add a photo to this gallery

Retrieved from "https://icehockey.fandom.com/wiki/1928-29_Intermediate_Intercollegiate?oldid=471562"
Community content is available under CC-BY-SA unless otherwise noted.