The 1925–26 Pittsburgh Pirates (NHL) season was the 1st season of the new Pirates ice hockey team in the National Hockey League. The club made the playoffs in its first season after placing 3rd in the league. The Pirates lost in the playoffs to the eventual Stanley Cup champion Montreal Maroons by 6 goals to 4.

The Pirates qualified for the playoffs and faced the Montreal Maroons in a two-game total goals series. In game one at Montreal, Montreal won 3-1. In game two, Pittsburgh tied 3-3 and Montreal won the series 6-4. 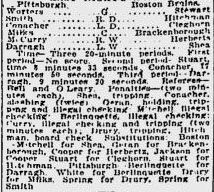 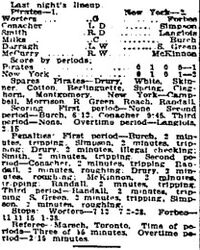