Ice Hockey Wiki
Register
Don't have an account?
Sign In
Advertisement
in: Olympic Games, 1924 in hockey, World Championships in France

At the 1924 Winter Olympics, an ice hockey tournament was contested. The competition was held from Monday, January 28, 1924 to Sunday, February 3, 1924. Canada defended their championship from the 1920 Olympics. The United States and Great Britain took the silver and bronze respectively, while other contenders included Czechoslovakia, France, and Sweden.

This took place at Chamonix, France.

The top two teams (highlighted) advanced to the medal round.

The top two teams (highlighted) advanced to the medal round.

Results from the group round (Canada-Sweden and United States-Great Britain) carried forward to the medal round.

A total of 82(*) ice hockey players from eight nations competed at the Chamonix Games:

(*) NOTE: There are only players counted, which participated in one game at least.

Not all reserve players are known. 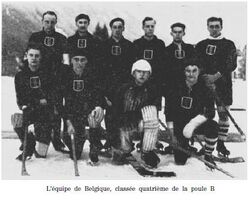 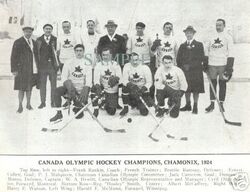 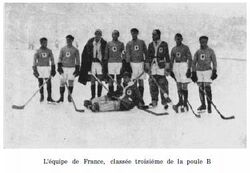 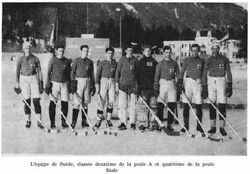 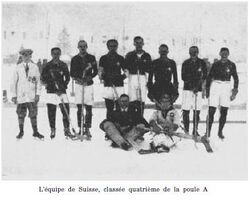 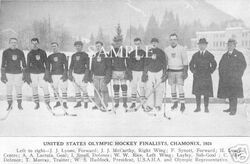