This is the 1924-25 Intermediate Intercollegiate Series. The Eastern Section was re-introduced with three teams, including a first entry by Loyola College and the returning McGill University II and the University of Montreal II. There were once again the same two teams from the Central Section and we do not know how many from the Western Section. 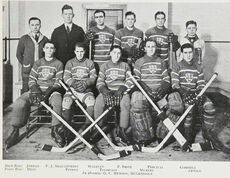 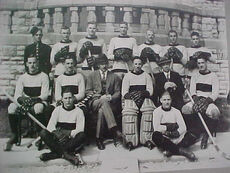 Eastern Section
Add a photo to this gallery

Retrieved from "https://icehockey.fandom.com/wiki/1924-25_Intermediate_Intercollegiate?oldid=471462"
Community content is available under CC-BY-SA unless otherwise noted.