In the NHL playoff, the Senators defeated the Montreal Canadiens in a 2 game total-goal series by a close 3–2 score in the series.

The March 31 game is especially notable as it is the game in which King Clancy played all positions, including goal for Clint Benedict. Clancy replaced Benedict in the third period for two minutes when Benedict was serving a penalty. At the time, goalies had to serve their own penalties. This is only time that a player played all six positions in a Stanley Cup Final game.

&-missing from the team picture

engraving-notes=The Senators never did engrave their name on the Cup for their 1923 championship. It was not until the trophy was redesigned in 1948 that the words "1923 Ottawa Senators" was put onto its then-new collar. 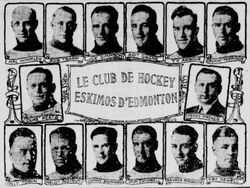 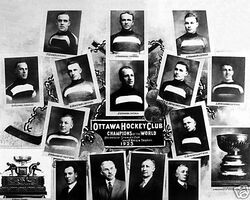