Edmonton South Side dropped out.

University of Alberta protested that Calgary's 6th goal in the first game should not have been allowed. The Alberta Amateur Hockey Association agreed and ordered the game replayed.

Calgary Alberta Pacific did not advance because it was too late to compete for the Allan Cup. 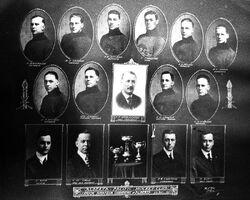 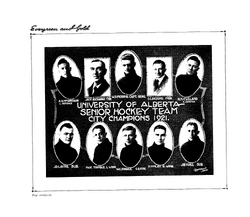 University of Alberta
Add a photo to this gallery

Final @ Edmonton
Add a photo to this gallery

Retrieved from "https://icehockey.fandom.com/wiki/1920-21_Alberta_Senior_Playoffs?oldid=611496"
Community content is available under CC-BY-SA unless otherwise noted.