This is the 1917-18 season of the Montreal City Hockey League:

Note: The league played tripleheaders on Monday nights at the Victoria Rink since the Montreal Arena, its old home, burned down on January 4. 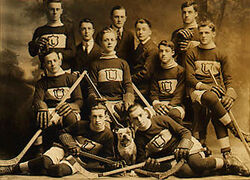 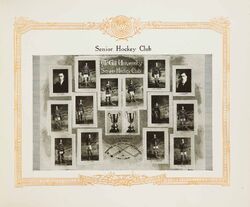 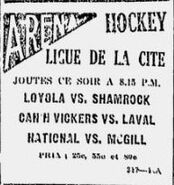 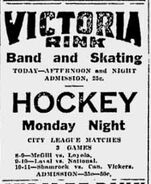 Game Ad|Victoria Rink
Add a photo to this gallery

Retrieved from "https://icehockey.fandom.com/wiki/1917-18_MCHL?oldid=608643"
Community content is available under CC-BY-SA unless otherwise noted.