Winnipeg 61st Battalion was the defending champion but did not play this season. Winnipeg Victorias won the Winnipeg Patriotic League to which the 61st Battalion had belonged. This gave the Victorias the Allan Cup.

This was also the Manitoba senior semi final.

This was also for the Manitoba Senior championship.

Toronto Dentals won the right to challenge Winnipeg Victorias for the Allan Cup. 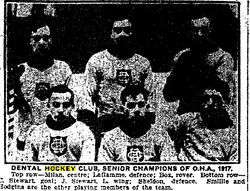 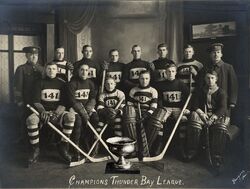 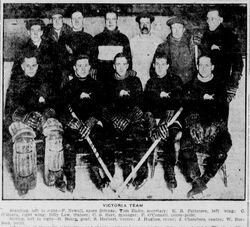 Saskatoon Pilgrims
Add a photo to this gallery

4th challenge @ Winnipeg
Add a photo to this gallery

Retrieved from "https://icehockey.fandom.com/wiki/1916-17_Allan_Cup?oldid=443633"
Community content is available under CC-BY-SA unless otherwise noted.