This is the 1915-16 season of the American Amateur Hockey League:

Another Boston team, the Harvard Club, was admitted to the league.

The Boston AA and New York St. Nicholas tied in the regular season. Boston AA won the playoff, becoming the first team from outside New York City to win the league. 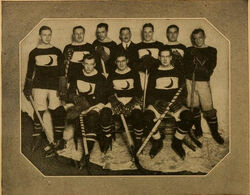 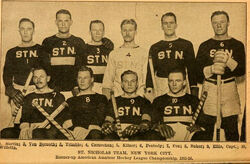 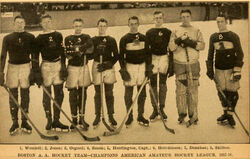 Boston AA
Add a photo to this gallery
Retrieved from "https://icehockey.fandom.com/wiki/1915-16_AAHL_season?oldid=409680"
Community content is available under CC-BY-SA unless otherwise noted.