The 1913–14 NHA season was the sixth season of the National Hockey Association (NHA). At the end of the regular season, a tie for first place necessitated a playoff to determine the championship and the Stanley Cup. The Toronto Blueshirts defeated the Montreal Canadiens 6–2 in a two-game, total-goals playoff. The Blueshirts then defeated the challenging Victoria Aristocrats of the Pacific Coast Hockey Association to retain the Cup.

The referees now would drop the puck, instead of placing it on the ice.

A goalkeeper lying down to stop a puck would receive a minor penalty and $2 fine.

Penalties were set at $2 fine for minor fouls. Major fouls would cost more per incident, starting at $3 and 5 minutes off, increasing to $5 and 10 minutes, and to $10 and a match penalty.

Deliberate injury was a $15 fine and banishment until the injured player returned to play.

Goalkeeper sticks now had a limit on their width of 3 1/2 inches.

Assists were now to be recorded.

A dark line between the goal posts was now mandatory.

Referees for the season were named:

Newsy Lalonde would score six against Wanderers on January 10, and haunt the Wanderers with another five on February 11.

Harry Hyland would score five in a game for the Wanderers against Toronto on March 4.

Allan Davidson would score five against the Ontarios on January 21.

Sprague Cleghorn would score five against Ontarios on December 27.

In the game of February 28 between Canadiens and Wanderers, the referee Leo Dandurand was assaulted by Canadiens manager George Kennedy.

The new arena at Quebec opened on December 30 with a game between Canadiens and Quebec, marred by a match penalty to Newsy Lalonde for hitting Joe Hall in the head, opening a cut requiring eight stitches. On the return match at Montreal on January 14, Mr. Hall would charge Lalonde into the boards for a ten stich wound.

The longest team winning streak was seven by Ottawa.

Teams in bold made the playoffs.

Tied at the top of the standings, the Blueshirts and Canadiens faced off in a two game, total goals series to determine a league champion. The Blueshirts won the series 6–2.

The 1913–14 season marked the last year of the challenge era in Stanley Cup history. After dispatching the Canadiens, the Blueshirts faced off against the Victoria Aristocrats of the Pacific Coast Hockey Association. The series would be controversial, as the Aristocrats never formally applied with the Cup trustees to challenge for the cup. As a result, the trustees would negotiate an agreement to have the champions of the NHA and the PCHA meet each year to determine a champion, beginning in 1915.

All games played at Arena Gardens. 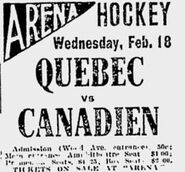 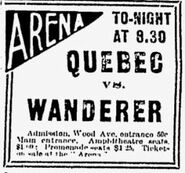 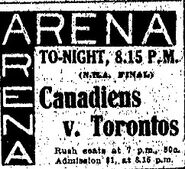 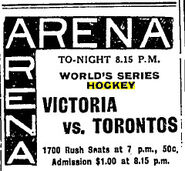