The team would add Odie Cleghorn in a dispersal draft from the Renfrew Creamery Kings prior to the start of the season.

On March 2, Quebec defeated Ottawa 6–5 in a game decided after 23 minutes of overtime. With four seconds to play, Joe Malone scored to tie the game. Joe Hall scored the winning goal. Ottawa would now have to play the replay game against the Wanderers in Montreal. On March 5, Ottawa lost the replay, and the loss would cost them a tie of the league championship, as Quebec finished 10–8 and Ottawa would finish 9–9.

The team would defend the Stanley Cup in a challenge from the Moncton Victorias in a best-of-three series with games played on March 11 and 13 and sweeping the series two-games-to-nobe by scores of 9-3 and 8-0 respectively. 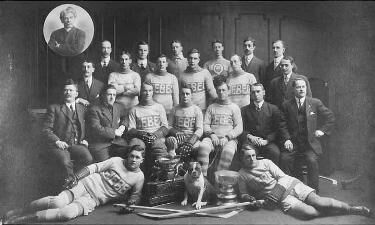