Note: Laval University @ Montreal was the predecessor to today's University of Montreal.

Queen's University was given a bye as the defending champion. The games were to be played in Ottawa, a neutral site.

Toronto objected to the conditions and withdrew from the playoffs, defaulting the semi-final to McGill.

Since Queen's was the defending champion and holder of the Allan Cup, this game was also for that trophy. 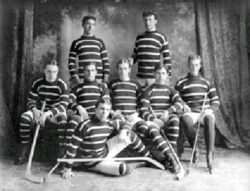 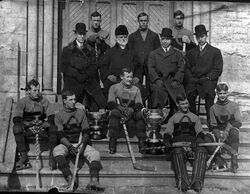 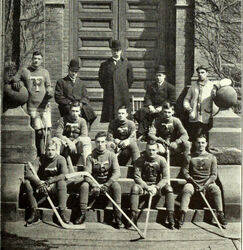 Final @ Ottawa
Add a photo to this gallery

Retrieved from "https://icehockey.fandom.com/wiki/1909-10_CIAU_Season?oldid=464439"
Community content is available under CC-BY-SA unless otherwise noted.