The 1905 Canadian Amateur Hockey League (CAHL) season lasted from January 2 until March 11. Teams played a ten game schedule. This year saw the addition of two teams, Montreal Westmount and Montreal Nationals. Montreal Nationals had previously been in the FAHL. Montreal Victorias won the league championship with a record of 9–1.

The league had a lot of scoring. The league leader, Russell Bowie of Victorias scored 26 goals in 8 games. On January 7th, Shamrocks and Westmount combined for 24 goals in a Shamrocks 14–10 win. On February 18, Fred Brophy, the Westmount goaltender, decided to get in on the act and rushed the length of the ice to score against Paddy Moran of Quebec.

Montreal Le National lost their first four games by a combined score of 6–42 and withdrew from the rest of the schedule, defaulting the rest of their matches.

Montreal Victorias won the season with a record of 9–1, but could not make a satisfactory arrangement with the Stanley Cup trustees and would not play in a challenge against Ottawa. 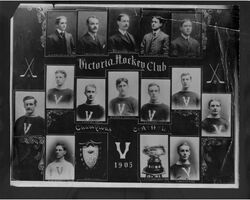 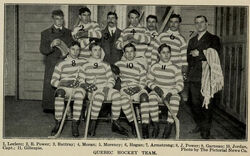