This is the 1905-06 season of the American Amateur Hockey League:

The Brooklyn Skating Club was expelled for professionalism. It had already lost 7-1 to the New York Athletic Club abd 6-0 to the Brooklyn Crescent. The scores were erased but one win was counted for each of the teams. 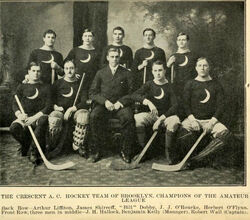 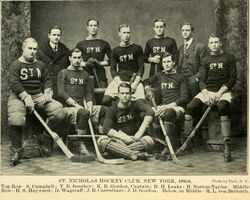 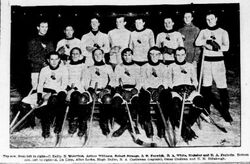 New York Athletic Club
Add a photo to this gallery
Retrieved from "https://icehockey.fandom.com/wiki/1905-06_AAHL_season?oldid=411448"
Community content is available under CC-BY-SA unless otherwise noted.