The 1901 Canadian Amateur Hockey League (CAHL) season lasted from January 5 until March 5. Teams played an eight game schedule. The Ottawa Hockey Club was the league champion with a record of seven wins, no losses and a draw. The Montreal Shamrocks lost a Stanley Cup challenge during the season, so Ottawa did not inherit the Stanley Cup. The Club declined to challenge Winnipeg after the season.

The league adopted travelling expenses of $85 between Ottawa-Montreal, $100 between Montreal-Quebec and $125 between Ottawa-Quebec for the visiting teams to receive from the home team.

The league banned member teams from playing exhibition matches outside the league without league permission.

The Ottawa club would win the season, undefeated, with players Sixsmith, Westwick and Pulford starring.

Although Ottawa won the league championship, the Shamrocks had lost their challenge to Winnipeg and Ottawa would not be awarded the Cup. At first, Ottawa was intending to challenge Winnipeg for the Cup, but on February 27, 1901 announced that they would not do so that winter. According to Coleman(1966), Ottawa did not issue a challenge due to the "lateness of the season." The Ottawa Journal as reported in The Globe suggested that the Ottawa club was wise in their decision, as they were in "racked condition in which they are, as a result of the immensely hard exertions put forth by them in all their games this season". The Ottawa Hockey Club did not challenge the following season, either.

In January 1901, the Winnipeg Victorias of the MHA again challenged the Montreal Shamrocks for the Cup. This time, Winnipeg prevailed, sweeping the best-of-three series with scores of 4–3 and 2–1. Game 2 was the first overtime game in Cup history with Dan Bain scoring at the four minute mark of the extra period. 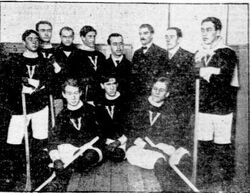 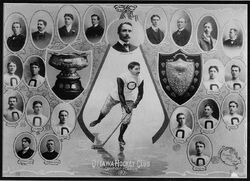 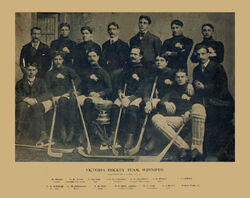