The subsequent snubbing of these players also went into the pre-game festivities, as they were also denied the multitude of gifts that traditionally was given to players in the game - including those already with their names engraved on it. 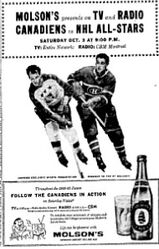 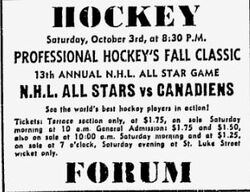 Retrieved from "https://icehockey.fandom.com/wiki/13th_National_Hockey_League_All-Star_Game?oldid=317912"
Community content is available under CC-BY-SA unless otherwise noted.